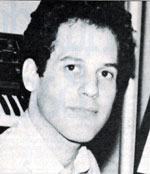 Ted Greenbaum was a piano player who had a small recording studio in Saint Paul, MN. He collected vintage as well as the most current keyboards for his live performances in the Twin Cities area. Eventually he had acquired such an impressive collection that musicians started to ask him if he would consider renting his keyboards to other players. In 1983, Total Keyboard Systems was born. As the rental company grew, Ted added a couple Fender Twins and a bass amp or two…at which time Total Keyboards became Total Music Systems.

In 1989 Billie Kahle was hired as a Bookkeeper. In 1992 Jeff Gulick was hired as a Sales Rep. In 1995 Lissie Kaufman was hired as a Warehouse Assistant. All of them had a great love and respect for music and the music business. In 1997 Ted decided he wanted to retire from the backline business so he sold the company to employees Billie, Jeff and Lissie, at which time Total Music Services was born. 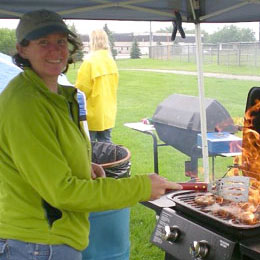 Jeff parted ways with the company in 2001, and Billie and Lissie stayed on as co-owners. At first Billie and Lissie did double-duty, traveling on the road as backline techs and owners looking to surpass the expectations of their customers. Through the years priorities changed; Lissie became the Bookkeeper and Billie became the Sales Manager. In December of 2019 Lissie passed away unexpectedly. We will forever love & remember her as she was such a huge part of the success of Total Music and a good friend. We miss you Lis!

Over the years, we at Total Music® have had the opportunity to work with many artists representing all genres of the music and entertainment industry. We have traveled many miles and are grateful and humbled by the experience. We are also wholly indebted to our exceptional staff, who we truly believe are “The Best In The Business.”

We want to thank our customers for all the opportunities we have had in the past and we look forward to serving you the future!

Total Music Services has been providing high quality music equipment rental and service in the Upper Midwest since 1983.